Begun in the early 1920’s, Iraqi Scouts have been at the forefront of Arabic Scouting for decades. 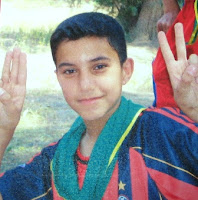 With the exception of two periods since the program began, Iraqi Scouts have been members in good standing of the World Organization of Scouting Movements (WOSM); the exceptions being during the Nazi occupation of World War II and during the latter part of the regime of Saddam Hussein. The Green Zone Council (GZC) was founded to assist in local efforts to return Iraqi Scouting to its former position of leadership within the Middle East. 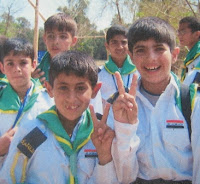 The GZC was founded in 2004 and has been staffed by dozens of members who joined during their time or tours in Baghdad. During their tenure, all have uniformly worked to advance the short term and strategic goals of the Iraqi Scouting Council.
The Iraqi Scouting Council works under the auspices of the Ministry of Education (MoE) and counts more than 150,000 youth members and several thousand adult leaders in all 18 provinces. The GZC has been with the MoE every step of the way helping to raise funds for training and equipment drives, hosting meetings of senior Iraqi Scouters, and coordinating with the World Scouting Foundation to insure funds are available to advance organizational goals and missions.

Iraqi scouting and the GZC reached a milestone recently when the Government of Iraqi designated approximately 7 acres of land in Baghdad's International Zone as a permanent scout camp. 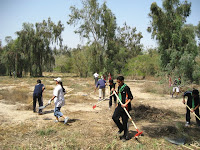 Work is now underway to clear and renovate the land. It's hoped the first scout camp-out can be held in a few months once the cooler season arrives.